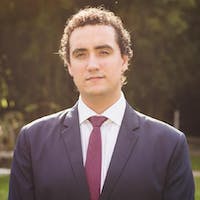 I've been using Python Generators for a while now, having to deal with large Django Querysets, reading large Excel files, and being able to save memory by using generators became part of my day to day work. However, these days I faced a different problem where I wanted to avoid making extra calls to services and solved it with generators. This is what this post is about.

Suppose you want to check if a given user_email is registered in any of the following social media: Facebook, Github, or Twitter.

What is wrong with the approach above? Well, if you run it locally you will see the following output:

The problem is that a list is evaluated as soon as it is created (opposite to lazy evaluation). Thus, if it's a list of method calls, all the calls will be performed.

At the moment, I thought the problem was that I was actually calling the methods when initializing the list. So maybe keeping only the methods references and using a list comprehension would do the trick:

Well, it did not work as I wanted either. As I said before, a list is fully evaluated upon its creation. In the example above, it will first make sure to call all methods so the list is fully built, having all of its elements evaluated - which in turn means having all methods being called. The list comprehension is not aware of its context either, i.e., it does not know that it is being used as an argument to any(...).

How did I solve it? By using generator.

(call(user_email) for call in calls) evaluates to a generator (not a fully built list), which is then used by any. any(...) will iterate over the generator elements evaluating one at a time. This way, no extra calls are being made for once any evaluates the second element (has_github_account(user_email) -> True), the any function is evaluated itself, returning True and not calling the third service method (has_twitter_account).